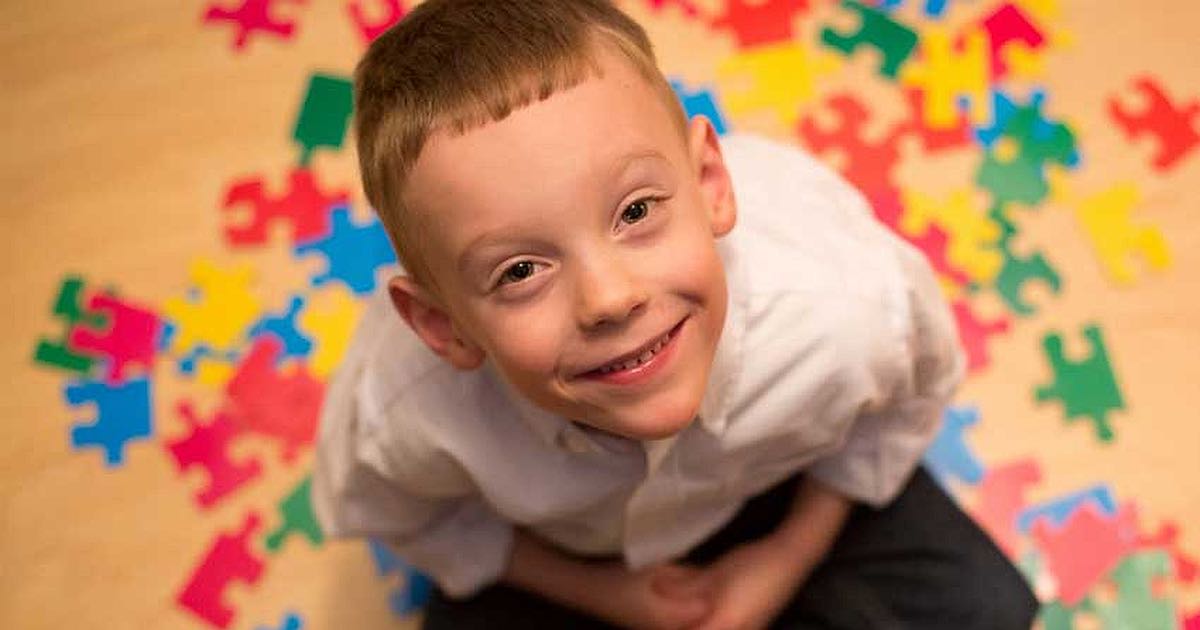 What Are the Types of Autism Spectrum Disorders?

Posted on
in
Autism

Autism spectrum disorders include social, communication, and behavioral challenges. These problems can be mild, severe, or somewhere in between.

Early diagnosis is important, because early treatment can make a big difference.

What Conditions Are Considered Spectrum Disorders?

Until recently, experts talked about different types of autism, such as autistic disorder, Asperger’s syndrome, pervasive developmental disorder not otherwise specified (PDD-NOS). But now they are all called “autism spectrum disorders.”

If you still hear people use some of the older terms, you’ll want to know what they mean:

Asperger’s syndrome. This is on the milder end of the autism spectrum. A person with Asperger’s may be very intelligent and able to handle her daily life. She may be really focused on topics that interest her and discuss them nonstop. But she has a much harder time socially.

Pervasive developmental disorder, not otherwise specified (PDD-NOS). This mouthful of a diagnosis included most children whose autism was more severe than Asperger’s syndrome, but not as severe as autistic disorder.

Autistic disorder. This older term is further along the autism spectrum than Asperger’s and PDD-NOS. It includes the same types of symptoms, but at a more intense level.

Childhood disintegrative disorder. This was the rarest and most severe part of the spectrum. It described children who develop normally and then quickly lose many social, language, and mental skills, usually between ages 2 and 4. Often, these children also developed a seizure disorder.

Is Rett Syndrome an ASD?

Children with Rett syndrome often have behaviors similar to autism, and experts used to group it among spectrum disorders. But now that it’s known to be caused by a genetic mutation, it’s no longer considered an ASD.

Autism is a brain disorder that limits a person’s ability to communicate and relate to other people. It first appears in young children, who fall along a spectrum from mild to severe. Some people can navigate their world, some have exceptional abilities, while others struggle to speak. Autism spectrum disorders (ASDs) affect about one child in 68, striking nearly five times as many boys as girls.

Before a child turns three, careful observers can see signs of autism. Some children develop normally until 18-24 months old and then stop or lose skills. Signs of an ASD can include:

It’s important to note that these signs can occur in children without ASDs, too.

Even young infants are very social, so it’s possible to detect signs of autism in how babies interact with their world. At this age, a child with an ASD may:

Babies who do not have autism can have these behaviors, too, but it’s best to contact your doctor right away with any concerns.

The signs of autism are more noticeable in a child’s second year. While other children are forming their first words and pointing to things they want, a child with autism remains detached. Signs of autism include:

Other Signs and Symptoms

People with autism sometimes may have physical symptoms, including digestive problems such as constipation and sleep problems. Children may have poor coordination of the large muscles used for running and climbing, or the smaller muscles of the hand. About a third of people with autism also have seizures.

How Does Autism Affect the Brain?

Autism affects parts of the brain that control emotions, communication, and body movements. By the toddler years, some children with ASDs have unusually large heads and brains — which may be because of problems with brain growth. Abnormal genes, passed down through a family, have been linked to poor functions in some parts of the brain. Researchers hope to find a way to diagnose autism through brain scans.

Many children aren’t diagnosed with an autism disorder until preschool or even kindergarten, and may miss getting the help they need in the early years. That’s why guidelines call for screening all children at nine months old for delays in basic skills. Special ASD checkups are needed at:

At regular checkups, the doctor will check how your baby responds to your voice, smile, or other expressions. Is he cooing or babbling? Problems or delays in speech call for a visit to a speech therapist. A hearing test may be needed, too. Most children with autism will eventually speak, but they do so later than others. Making conversation may be especially tough. Children with ASDs also may speak in a sing-song or robotic way.

Trouble relating to other people is an important marker of an autism spectrum disorder. A psychologist with special training can help identify social problems as early as possible. Children may avoid looking people in the eye, including their parents. They may focus intently on an object, while ignoring others around them for long periods of time. They may not use gestures, body posture, or facial expressions to communicate.

There’s no medical test for autism, but exams may be helpful to rule out hearing loss, speech difficulties, lead poisoning, or developmental problems not related to autism. Parents may need to answer a list of questions — called a screening tool — to assess a child’s behavior and communication skills. Getting treatment early, ideally before age three, can greatly improve a child’s development.

People with Asperger’s Syndrome do not have low intelligence or language problems. In fact, they may have advanced verbal skills. But they can be socially awkward and have trouble understanding nonverbal cues, such as facial expressions. They may focus intensely on one topic that interests them but have trouble making friends or relating to people.

Local school systems may provide special services to help a child with autism learn and develop. This can include speech therapy and occupational therapy. Schools are required to develop an Individualized Education Program (IEP) for each child. Children with autism may qualify for early intervention or extended school year services. If you are concerned about your child, be an advocate and ask the school to develop an IEP.

There’s no medical treatment for autism itself, but medicine may help with some symptoms. Anti-psychotic medicines may be given for serious behavior problems. One drug in this category, Risperdal, has FDA approval to help with aggression, self-injury, and tantrums in autistic children. If seizures are an issue, an anti-convulsant drug may help. Drugs that treat depression are sometimes prescribed. A child’s response to medications should be closely monitored.

Children with autism may be extremely sensitive to sounds, touch, taste, sights, or smells – similar to a condition known as sensory processing disorder. For example, they may be upset by bright flashing lights or a school bell. A small study by Temple University researchers found that helping children adjust to different sensations led to fewer autistic mannerisms and better behavior.

Even nonverbal children can talk with new devices that are designed to convert pictures or text to spoken words. The technology includes pocket-sized devices and “apps” for smart phones or computer tablets. Autism Speaks, an advocacy organization, maintains a list of resources for families.

Digestive problems are common in children with autism, and about 30% of them may eat nonfood items such as dirt or paper. Some parents have tried a diet free of gluten (found in wheat) and casein (a milk protein). Other diet changes, including the supplements B6 and magnesium, have been used. So far, there’s not enough evidence to show that any diet plan works. A doctor should supervise trial diets to ensure good nutrition.

Scientists don’t know the exact cause of autism, but since it runs in families, genes probably play a role. Research is under way to see whether chemicals in the environment or infections before birth are to blame. Autism is more common among people with other genetic disorders, such as Fragile X and tuberous sclerosis. Taking valproic acid or thalidomide during pregnancy increases the child’s risk for an ASD.

No link has been found between vaccines and autism, despite many scientific studies. Researchers have scrutinized the measles, mumps, and rubella vaccine (MMR) since a 1998 British report raised concerns. That report has been retracted by the Lancet medical journal for poor science and fraud. Thimerosol, a form of mercury, was removed from childhood vaccines in 2001 as a precaution — though no good evidence ever linked it to autism.

Federal law gives children with disabilities the right to a “free and appropriate education,” beginning at age 3. This could include one-on-one services or parent training. Your child may get an aide in the classroom or an assistive device. Placement will depend on the child’s individual needs, whether that calls for being “mainstreamed” in a general classroom, a special education classroom, a special school, or even home instruction.

People with high-functioning autism or Asperger’s Syndrome are often able to attend college and hold down a job. AHEADD (Achieving in Higher Education with Autism/Developmental Disabilities) supports autistic college students with their social and academic needs. For people with below-average intellectual ability — about 40% of those with ASDs — group homes and special job training may help to live independently.